After breaching the psychological price of $50K recently, Bitcoin (BTC) has ranged between the $46K and $48.5K level. The leading cryptocurrency was down by 4.86% in the last seven days to hit $47,106 during intraday trading, according to CoinMarketCap.

Nevertheless, the number of BTC addresses sending to exchanges reached a monthly low of 4,831.226, as acknowledged by crypto analytic firm Glassnode. 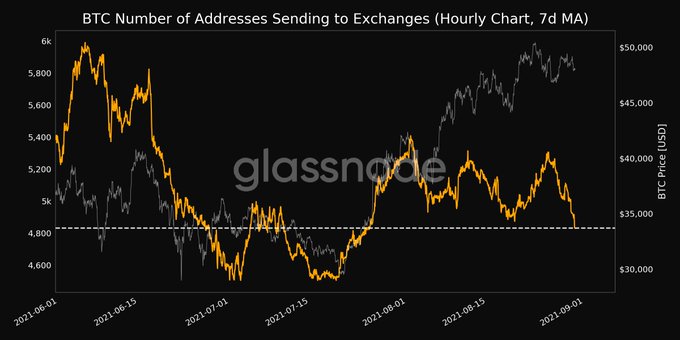 This is a bullish trend because the number of Bitcoins kept in cold storage and digital wallets surpass the one in crypto exchanges. Therefore, signalling a holding or hodling culture.

Long-term holders have emerged as significant players in the Bitcoin ecosystem as their accumulation has scaled the heights. For instance, their holdings recently hit a record high close to 12.75 million BTC.

On the other hand, the average coin dormancy in the Bitcoin network reached a 3-year low of 4.475.

“Bitcoin price is currently sitting at the top end of a strong on-chain support zone. Over 1.65M BTC now has an on-chain cost basis within the $45K to $50K range. The green zone below, at $31K to $40K, is also home to another 2.98M BTC, indicative of large accumulation demand.” 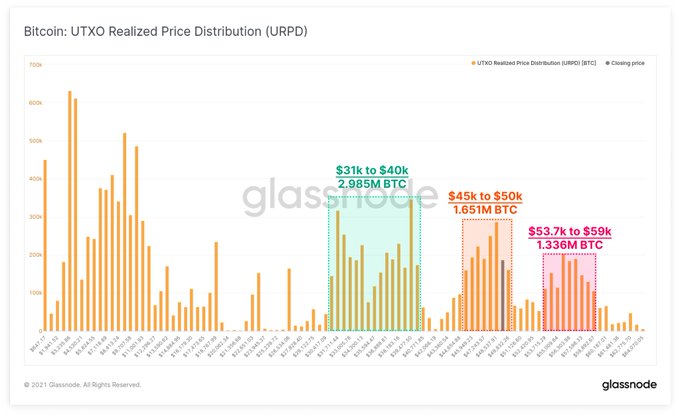 Therefore, the leading cryptocurrency needs to close above this supply barrier to advance further, or a correction underneath the most significant demand zone of $45,830 will be witnessed if fail to do so.

Crypto analyst Michael van de Poppe had previously stated that Bitcoin had to break the $51,000 level if an upward momentum was to continue, failure to which a pullback to the $44-$48K level would be witnessed.